“When you don’t listen first life throw ping pong balls at you, after it throw the bowling balls if you still don’t listen.”

Stephane Vigroux can speak to this personally, in 2001 right before parkour exploded into mainstream consciousness Stephane tore his knee during a shoot for Nike.

This was one of the earliest commerical shoots for parkour and at that time Stephane was one of the top athletes on the orginal Traceurs team. The Traceurs were the team David Belle had founded after leaving the Yamakasi.  Stephane had been training day and night with David for years attaining an incredible level, but on that day he did not listen to his body telling him it was done he took a jump he knew he should not and tore his ACL, the surgery was badly done and had to be redone. He was unable to train and largely abandoned by his friends in the traceurs.  It took years for Stephane to fully recover but he did! He regained his level began training with Williams Belle and the Yamakasi and then co-founded Parkour Generations the first group to popularize parkour coaching on a global scale and who reintroduced the Yamakasi to the global community. Currently Stephane is the director of Parkour DXB which is bringing parkour to Dubai.

In this episode we dig deep into.
1. The history of parkour
2. What parkour is
3. How it evolved
4. How it was once a much broader approach to movement
5. How parkour is way of seeking truth and uncovering your own charecter
6. The why of training
7. How to overcome big challenges through the breaking the jump process
A. Feeling the call of the jump
B. Assessing the jump
C. Feeling the Fear
D. Overcoming the fear
E. Deciding
F. Acting
8. How to know your aligned in taking a jump and in your life
9. How to overcome your fear
10. The concept of task based training & why it is important in movement training

On another note, podcast episodes will be available as audio on itunes soon, just working out some technical kinks.

Mentioned in this episode

and Julie Angel’s Breaking the Jump 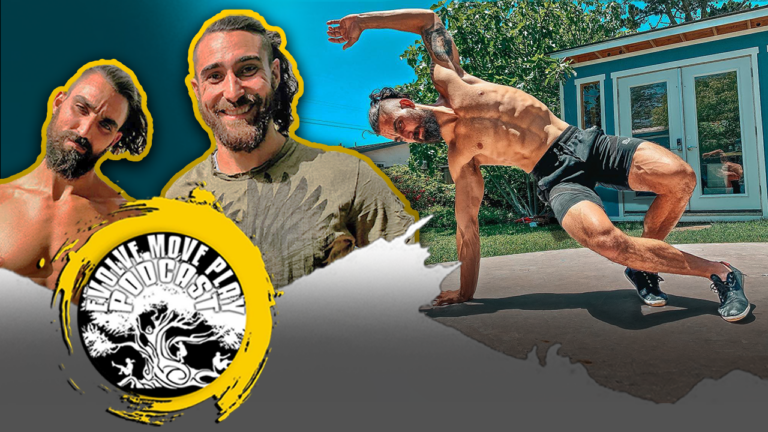 Get our best tips and strategies in your inbox to keep you moving plus get notified about special offers and events sent only to our subscribers.
October 31, 2022

How We Learn to Move with Rob Gray | EMP Podcast 103