“The aim of parkour is to become the man who runs and whom nothing stops.”
-Jerome Lebret, second generation french parkour athlete

What is the full implication of this statement? Of this dream?

Is it fully expressed in the common parkour practice?

Can we truly move towards this ideal by doing only single techniques or pre planned routes? Are jumping, vaulting, climbing, flipping, and quadrupedal movements enough?

As much as I love those practices, they have never been a complete answer to the question for me.

For me, achieving the dream has always required the alive practices of chase, tag, tackle, grappling and striking.

I discovered parkour in 2005, and when I did, I didn’t just start balancing on rails, climbing walls, and vaulting picnic tables.

That year, I also restarted the martial arts journey that I had been on since I was 6 years old. First with Russian martial arts, then in 2006 the first MMA gym in Bellingham opened and I was among the first crop of students to join West Coast Fight Club.

It was there that I was introduced to the concept of Aliveness by Straight Blast Gym founder Matt Thornton.

That not only helped articulate what I always knew I needed from my martial arts practice. It gave me a lens on what parkour could be.

Indeed it was the beginning of my approach to general movement competence.

The best possible generalist movement practice combines aspects of parkour, martial arts and team ball and stick sports. This is the closest we could possibly come to creating the Avatar Jerome was speaking of.

King of the Course is one of the most powerful expressions of the growing vision of Evolve Move Play we have yet created.

It was not planned; it evolved during last year’s return to the source.

By 2019 Evolve Move Play’s mix of martial arts, parkour, and general movement practices was heavily influenced by my study of ecological dynamics and the constraints-led approach.

This was in addition to the ancestral health and play research lenses I had already brought to the practice.

I had also developed a full group of local students who were now broadly competent in all the component parts of the Evolve Move Play approach.

For the first time, a consistent group of us was meeting for full Evolve Move Play sessions where parkour, martial arts, strength training and team sport type activities were being seamlessly mixed on a regular basis.

The vision of EMP was coming to life!

We were also in the process of developing our games guide. Our whole focus going into 2020 was on Aliveness and how we use game-based, scalable practices that combined all the foundational aspects of movement.

Just as we began releasing the first parts of our Aliveness campaign, COVID struck, and basically overnight all of the close-up games, roughhousing, and partnering practices became something that we couldn’t even do ourselves!

As the impact of COVID played out, our entire team ended up dispersing out of Seattle to new areas.

All that meant that going into Return to the Source 2021 I had not had a full group of students/training partners to work with for an entire year, and I had not had a consistent training group for 2 years.

Essentially, my creativity was ready to burst; two years worth of dreams and ideas were desperate to find life.

Games and variations on games kept occurring to me on the spur of the moment throughout the seminar and, to me, this game was the best one! King of the Course!

King of the Log has been our favorite introduction to grappling for a decade. It is the perfect illustration of how we can use the tools, targets and motion constraints to make a game safe and playable for anyone.

But what we are looking for with EMP is not just to train combatives and parkour in isolation from each other, it is to hybridize them.

So that day it occurred to me: rather than just off-balancing the other player, why not have the win-condition include getting to the other side and landing a jump to another log?

Quickly, the next question became why not build a whole course? That way, the faster parkour athletes then get to find the most advantageous position on the course to start the grappling.

Almost as soon as we built the whole course, we realized we could add a team component! The final version of the game involved 2 teams battling to advance a player on their team from their starting point on the course to other teams.

Once the game took its final form, the creativity, joy, and intensity that emerged from the students was amazing to bear witness to.

Looking at it play out in front of us, we realized we had found a game that was a powerful tool for developing exactly the type of athletes we want to see.

I want to challenge you to try it for yourself! Watch the video, grab a group of friends, go to a beach (or anywhere with some soft ground to fall on), build up a course, divide into teams and go at it.

Of course you can always play it 1v1 style too!

As great as KotC is, I can’t wait to unveil the new wrinkles I have concocted for this game and many more at this year’s retreats!

I’ll just say that the locomotive challenges won’t only be limited to balancing and jumping!

If you want to experience the Evolve Move Play practice for yourself? Apply for a 2022 retreat and join a call with me personally to see if it is a good fit.

Return to the Source, our 9 day event, is already sold out but there 3 spots left for spring retreat and 9 for autumn. They’re disappearing fast though so don’t wait to schedule your call. 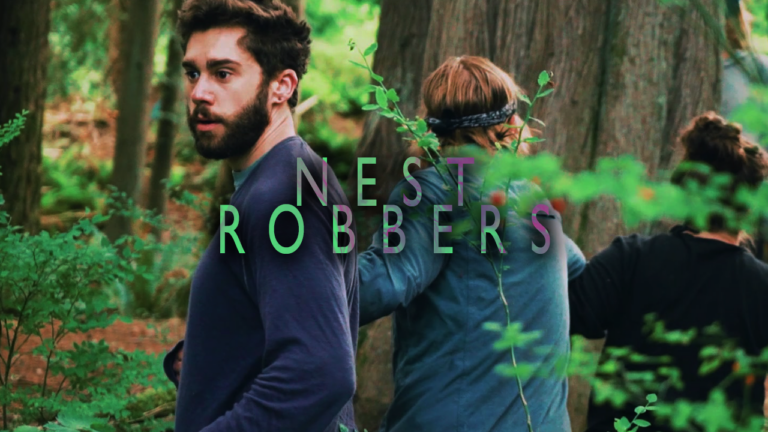 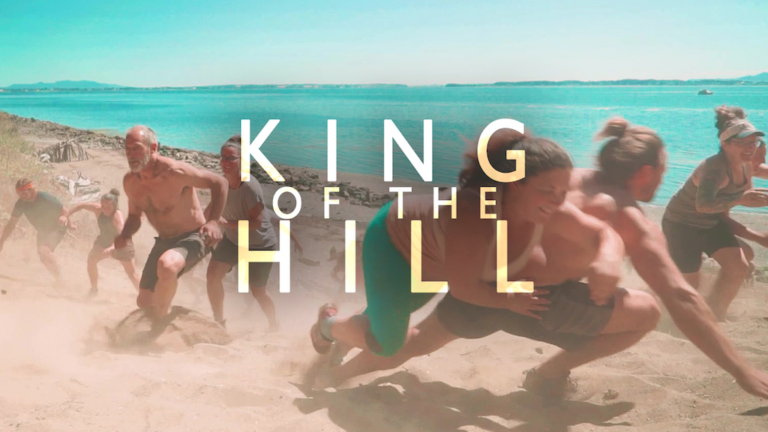